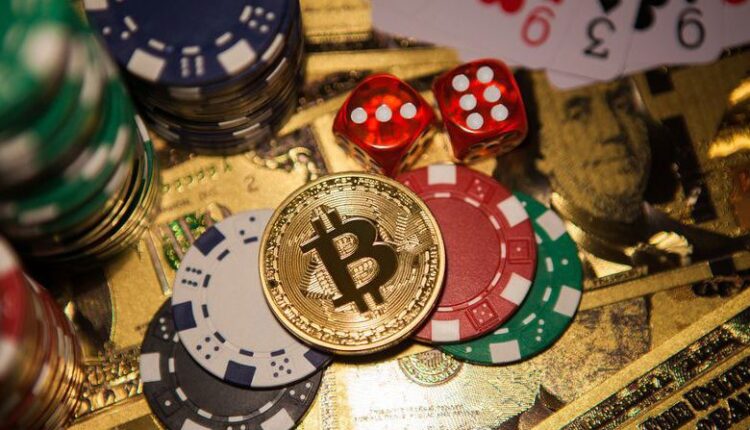 Does Cryptocurrency Have a Future in the Casinos?

Ever since Bitcoin became open-sourced in 2009, cryptocurrencies have been rising in popularity. Bitcoin depots are popping up in convenience stores, and some private schools have been accepting them as payment for tuition fees. However, one of the places that some might expect cryptocurrencies to be used that have not adopted them yet as a whole are casinos.

Cryptocurrencies are completely digital, which gives the holder an advantage of being able to deposit them anywhere without having to carry a physical card or wad of cash. They are also known for being well-encrypted, which leads to less security issues. However, there are new cryptocurrencies being developed every day, and unless they have proven to be resilient, their security is not guaranteed. Casinos rely on the security of financial transactions, so if they were to adopt crypto at all, they would need to be very selective.

Currently, the crypto market is at the lowest point it has been in 18 months. For the folks who have been relying on the power of cryptocurrency, it has been a blow that they may not be able to recover from if the trend does not see a change for the better. People who are mining crypto might not be as affected, especially if they have a large-scale mining operation, but they will see a drastic change in the value of what they are mining. Most casinos would not be able to handle such a fluctuation, and if they took the risk, they would have to find a way to supplement using other currency if there was a drastic change.

Transitions On Location and Online

With the transition into accepting crypto, one of the biggest issues would be re-formatting everything to take it. That could take many forms. Bitcoin depots could start popping up inside physical casinos. When you cash out for the night, you could have the option of having your winnings deposited into your crypto account instead of being given cash. Such a transition would require physical casino locations to possibly need to bring in more equipment or update their software, something that would take a lot of time that they may not have.

Online casinos would not have it easy, either. Howard Hittman, CEO of 888 would have to consult with many people in order to reformat entire aspects of their websites or apps, particularly the deposit and withdrawal sections. Such changes could make gameplay more difficult until the companies found a way to get rid of the bugs, which could significantly impact their business on a global scale.

While casinos are pros at adapting to an ever-changing world, they are still rebuilding themselves. In a world that is still trying to survive a pandemic, casinos need to focus more on the changing restrictions and building back visitor numbers first. It is possible for crypto to have a future in the gambling industry on a large scale, but it will not be happening any time soon.

Choosing the Best Volunteer Programs Outside of the United States

How To Set Your Business Up for Success

Everything You Wanted To Know About Private Label Production

What to Ask Compliance Officers Before Hiring Them